I feel that I should explain, especially to those people who avoid me. It’s true that I’m incapable of cordial conversation. In no time, I turn almost every conversation into an “ask” for this or that. Sometimes I’m after contributions to the retiree cause, sometimes I want people to come to something, sometimes I ask them to “make a few calls.” 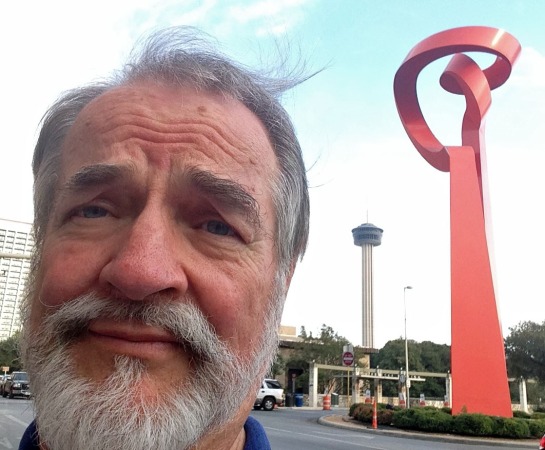 Here’s my excuse: I have an urgent sense of history unfolding.

We Think We’re in Normal Times

In normal times, things go on pretty much as they have. There are no sharp changes in normal times. We think it’s “just the way things are,” and the inference is that they have always been that way.

But there are no normal times. Nothing is static, everything is constantly changing. When little, barely noticeable, changes start to accumulate, then giant, sudden changes occur. I saw one of those little changes in my e-mail today. It said that Republicans are proposing another $492 million cut in the Social Security Administration’s budget. It’s just one of many relatively “little” changes that undermine the American standard of living. It’s been going on since 1980.

I also saw, today, that the latest Texas Voter Suppression law is going into effect. I saw that President Trump is saber-rattling, again, against North Korea. He added Iran this past week.

These little changes undermining our standard of living and taking away our democracy so that we can’t fight back, are likely to add up to a big change. It’s impossible to predict when, but it’s foolish to ignore the truth that the big change is looming more likely.

If the coalition of big-money funders and ignorant reactionary pawns continues to get its way, America is going fascist. Who would deny that incipient fascism is already upon us? Who would fail to admit the direction they are taking us? Who would fail to notice that fascism, the total extinction of democracy with working people completely under the thumbs of corporate masters, is exactly what they intend?

The other big change that might occur is a defeat of the big money funders and ignorant reactionary pawns. An enlightened and activated populace may yet join together into an irresistible progressive force that will regain the upper hand for democracy and begin a new path to peace and progress.

Those with an urgent sense of history know that one of those big changes is coming. You can have one or the other but you can’t have neither. You can’t have “normal times.”

That’s why I ask people to study and to get active in the most meaningful way. That’s why I’m such a pain in the butt.

I’m still on KNON radio 89.3 FM in Dallas every Saturday at 9 Central Time. If you want to know what I really think, check out http://lilleskole.org