Bernie Sanders, “Our Revolution—A Future to Believe In.” St Martin’s Press ebook, September 26, 2016. Available from Amazon Books and on Kindle 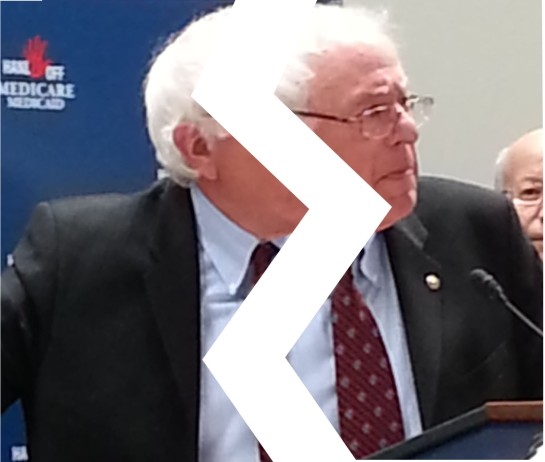 The account of the campaign answers the question about how they managed to get so far toward the Democratic Party nomination when they started with virtually nothing and refused to sell out to big contributors. Most of America and even Bernie seem to be surprised at how well people responded to a truthful, direct, approach to America’s actual needs. It’s an inspiring story that needs to be studied.

Part Two, “An Agenda for a New America: How We Transform Our Country” details the problems we face and proposes practical solutions in the form of legislation needed. In many cases, Bernie Sanders had already proposed proper legislation in Congress. In general, his proposals are designed to:

But It’s No Good

The big problem with Bernie’s wonderful book is the last line, “September 26, 2016.” He completed the book before Donald Trump’s upset victory for the presidency and before Republicans completed their take-over of all three branches of the federal government plus the majority of state governments.

Apparently, Bernie thought, on September 26, 2016, what most Americans thought – that the Democrats would have a big victory on November 8. The glaring fact that they didn’t, and the anti-democratic trends already underway, put new perspective on politics in 2017. Bernie’s thoughts of September 2016 are certainly good to know, and actually kind of miraculous to behold, but not much actual use, are they?

We’re going to have to do some thinking of our own.

Rather than leave off on such a negative note, let me make a couple of general proposals that might be helpful in 2017

We must be grateful to Bernie Sanders and others who have taught us so much. A great future awaits!

Hear “Workers Beat” on KNON radio, 89.3FM and knon.org every Saturday at 9 CST

Click here if you want to know what I really think