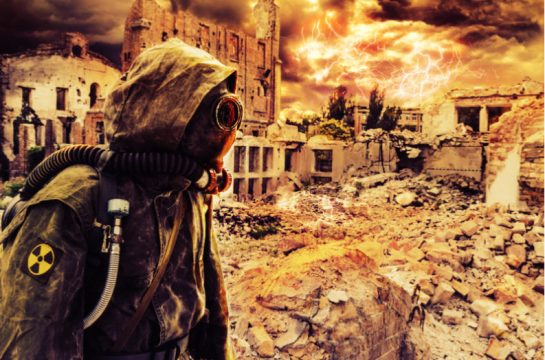 It’s not an exhaustive list. I kept it to four because it makes a good metaphor with the Four Horsemen of the Apocalypse. Google any of the four topics and you will find plenty of expert opinion on looming disaster.

Rising nationalism is the most problematic, because it means less international cooperation, and international cooperation is the only way to lessen the danger from any of the horsemen listed. The new nationalism in America and some other countries such as Poland, Italy, Austria, Hungary, and Brazil means that nations have stopped trying to cooperate. England’s Brexit goes in that same direction, too.

Not everybody is trying to solve these problems. Here are some of their arguments.

Why worry when there’s nothing we can do about it?

Certain religious people actually believe that Armageddon is ordained by God and will happen whether we do anything or not, so why try? It’s a convenient excuse

When things get bad enough, people will take action, so let them get worse!

The coming fascism is only one way to administer capitalism, and capitalism itself is doomed, so just wait it out!

Fascism may be able to remain in power for a long time. It could create untold suffereing and, at the end, not bring us any closer to any solution than we are now

We had an argument like that about George Bush, and many of us thought that the Obama Administration would be able to right all wrongs. Obama made some progress, but the underlying problems did not go away and they created the conditions that got Trump elected. Going back a little bit, we thought that same thing about Clinton during the Reagan/DaddyBush days. They thought it about Roosevelt when Hoover was President, and about Wilson when Coolidge ruled.  Our problem is not about individuals, but about systems.

Radicals are forever prophesying disaster, yet humanity goes on

They did so in 1859 before the American Civil War, they did so in 1914 before World War I, in 1929 before the Great Depression, in 1933 when Hitler consolidated his power, and in 1947 when the American government turned anti-worker. They were right, of course, and great disasters followed, but people kept trudging onward anyway. So why get upset about the current threats to human existence? Here are some reasons to worry more today:

I’m on KNON radio’s “Workers Beat” program each Saturday at 9 AM Central Time. 89.3 FM in Dallas. They podcast it on Itunes. If you are curious about what I really think, check out my personal web site