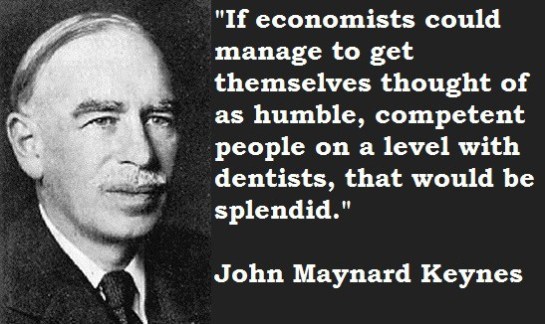 I recommend this book. It’s more than just a little introduction to various theories from the 18th century to present. There’s also some very piercing insight into those theories and a lot of explanation.

The downside is the same downside with every economic treatise in the last 2 centuries: it tries to treat economics separately from politics and the rest of the real world.

Most particularly, the author takes it that every economist is an honest guy who is trying to work out theories that will make an economy work fairly for everybody. That is childishly naïve.

He insists on this naivete, apparently with a straight face, even though he covers people like Milton Friedman, spewer of “Chicago School,” “Supply Side,” “Monetary theory” and just plan Reagonomics. Even in this book, it is crystal clear that Friedman didn’t say anything that Adam Smith hadn’t said centuries earlier, and that Friedman only said it to justify new attacks against workers everywhere.

At first, I was a little miffed that Marx was only given one chapter in the middle of the book, but I felt better later when I realized that the author was not presenting economists in order of importance but in chronology. Besides, he added another chapter on Lenin later. Still further was some commentary on Fidel Castro and Che Guevara. Still,  he shouldn’t have credited 20th century economists with ideas like “marginal utility” and “diminishing returns” that Marx had made very clear a century earlier.

I don’t think Krishtainy understands Marx nor Lenin, so I am not so sure he understood the other economists that he summarizes here. Or maybe the problem is just that he’s only presenting short, digestible, versions. I certainly appreciate the simple examples and straightforward presentation. That’s the best part of the book.

The author doesn’t make it clear what exactly he agrees with. He has some very piercing criticisms of many of the economists he features. I appreciate his pointing out the good and bad.

Clearly, though, he can be as muddle-minded as other tunnel vision economists. He says, for example, on page 232, that “Economics says that workers are paid what they contribute to production.” The obvious emptiness of that idea is obvious because employers would have absolutely no reason to hire anybody if they were going to pay them the same amount that they produced!

The worst part of the book is that it’s about economics and, pretty much, only economics. Totally separate. The various theories presented invariably look for ways that an economy can deliver adequate goods to an entire society. Even though there’s a chapter on “game theory,” and even though he mentions that the United States has deliberately caused a number of other nations’ economic failures intentionally by foul means, including invasions, he seems nevertheless to ignore the fact that there are disparate groups within economies and they have entirely different intentions.

Whether we are talking about macro-economics or micro, the people benefiting the most are the main reason that the rest of the people benefit less. In other words, it’s the rich against the poor and no amount of mathematical equations can hide that. The idea of “rational man” in economics should be changed into two separate categories: “man” and “sociopath.”

The sections on developing countries were painfully simplistic. Several times, Kishtainy quotes the relative successes of four particular countries: South Korean, Singapore, Hong Kong, and Taiwan. To be fair, he also mentions many other “developing” nations that didn’t make the grade. Without explaining, though, he says that those four success stories show that poor nations can become rich nations.

Sure they can, if the United States is backing them!

I’m on KNON radio 89.3 FM in Dallas at 9 AM Central Time every Saturday. Podcasts are available from the “events” tab. If you are curious about what I really think, check out my personal web site