The New York Times published a long liberal’s lament on the situation in France:

France in the End of Days

Marine Le Pen’s road to victory is clear enough.
Can a pragmatist stop the extreme right? 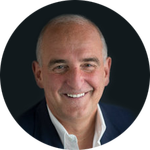 What upsets Mr Cohen is the likelihood that the National Front’s candidate, Marine Le Pen, will win the presidency in a runoff against the “centrist” candidate after the April 23 election first round.

Lately, the National Front is telling everybody that they aren’t fascists any more. Ms Le Pen has been telling the French that they are off the hook for cooperating with Hitler and murdering Jews during the German occupation of WWII.

But, like all fascists, they still base their appeal on super-nationalism and racism. In fact, almost everything they do, and almost everything that the far-right wing politicians all over Europe do, is emulate Donald J Trump, the American success story. Why is that?

Throughout the capitalist world, the same problem is being dealt with in the same way. The problem is that the capitalists in charge have saturated all possible markets and need to have another world war to re-divide the world marketplace. Since nuclear weapons are generally thought to preclude having another war, profit-seeking capitalists must compete against one another for the markets already held, and they compete by trying to lower their production costs. That is, us.

Workers are just production costs to the capitalists in charge.

Democratic governments make it hard to have an all-out assault against working people, because we are most of the population. To continue cutting us, capitalists need to do away with democracy. Hence, they gravitate toward fascism as a temporary “solution” to their crisis. Democracy is deteriorating, here and abroad.

But Why Does It Work For Them?

It’s a question of options. One way to look at Mr Trump’s victory is to say that Ms Clinton didn’t attract enough votes. Key people either voted for Trump or just didn’t vote at all. A lot of voters would say that they didn’t like either of the choices very well. The ever-satirical cartoon program “South Park” said our choice was between the “giant douche bag” and a “turd sandwich.”

After decades of cultivating reactionaries, I’m not sure the Republicans had much choice but to allow Trump to become their candidate. The Democrats might have let Bernie Sanders have a chance, but they purposely undercut his campaign to keep him off the ballot.

Neither party would allow any challenge to the basic system we live under and, probably, neither party ever will. American labor, the Bernie Sanders movement, and a lot of starry eyed idealists would really like to see the Democrats get real, but it isn’t likely because the same capitalists who control the government also control the Democratic Party. They control the Republican Party, too. Always have.

We’re Moving Toward the Answer

We need economic struggle that will challenge capitalism fundamentally. We need a workers’ party that would challenge capitalism at election time. Until we challenge and defeat capitalism, we may change candidates and parties a few times more as we zig-zag our way down to fascism and the complete absence of democracy in the capitalist countries. It may not take that long.

On the other hand, the potential is ours.