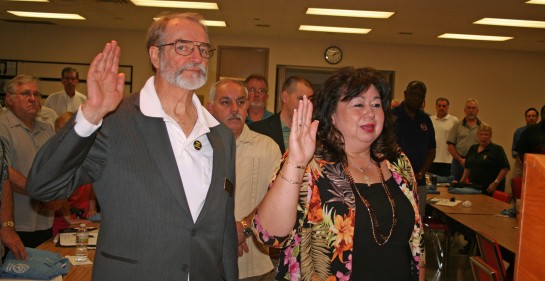 Union Officers are elected and sworn in. Staffers are just hired.

The exes might tell you that their union job worked them to death, made them travel a lot more than they wanted to, and wasn’t even close to their ideal of fighting for social justice. Union staffers and even union officers will almost certainly tell you that union members don’t appreciate them. It’s almost impossible to help one union member without making another one furious. A wise old Chairman of my local used to say, “If you helped one member and only made two angry, then you’ve had a good day.”

Union staff members, like first-year school teachers, get their romantic notions crushed pretty early in the game. A novice history teacher might really want to teach American history as it really happened, but he/she better not say so in the classroom! A union staffer may really want to encourage the members to agitate for militant action, but he/she better keep quiet about it unless his/her boss wants it done.

Union staffers pretty much check their own principles and ideals at the door when they hire in, just as anybody does when they go to work for somebody else. Maybe more so, because unions are by nature political and political people really have to be careful what they say!

I’ve never had a union job. I’ve been elected to office many times, and I eagerly accept any assignment having to do with communications — webmaster, editor, etc. But when I write for union publication, I’m writing for the union’s needs, not necessarily my own. I have this blog for my own opinions, but the opinions I write for my union local leaders is supposed to be theirs.

What’s The Best Course of Action?

If you want to join in the great strength and potential of the union movement, I recommend getting a union job, then prove your value through union activism and take office or committee assignments. If you can’t get a union job, try getting a job that could be unionized. Whenever young people ask me about working for a union, I tell them they would probably make a bigger social justice contribution by hiring on at Walmart!