Those who want significant change have to fight every day in the short run. We fight for things like democracy, better wages, more rights, and fair treatment. Incidentally, nearly all of those battles are defensive. We rarely pick a fight. The bosses initiate nearly all battles. 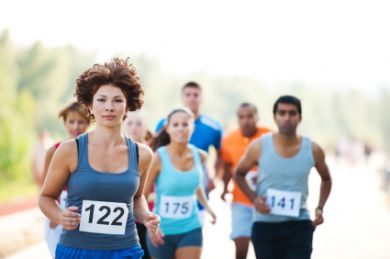 In all these short run battles, we have had victories in the past. But as long as the bosses remain in power, we can lose everything we have gained.

What we have to do is win the long-run battle as to who is in charge. We have to overcome the bosses if any of our gains, short or long run, are to last.

So the short term is our battles, nearly always defensive battles, on immediate problems. The long term fight is for power.

How Are Long-term and Short-term Battles Related?

Most people don’t see the long term, and you can’t blame them. The short-term problems are too pressing. Union organizers like to joke that “When you’re up to your ass in alligators, it’s hard to remember that your original intention was to drain the swamp.”

But nearly everybody nowadays is painfully aware of their particular part of the short-term battles. Those who hope to win in the long-term have to join everybody else in the short term battles.

Think about it. If some radical person or organization won’t help you with your pressing immediate problem, will you trust them enough to join them on something else? Thinking activists have to take the progressive side of every short-term battle.

Another important reason for joining short-term battles is to win them. Contrary to what a lot of people may think, people are not motivated by losing. The school of “hard knocks” may have academic value, but it doesn’t encourage people to “try, try again.” People are motivated by winning, and all the statistics in history prove it.

By winning smaller, short term battles, we educate and inspire people to win further battles. If we can do this long enough, everybody will be ready for bigger battles, and we can win them!