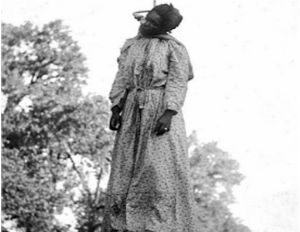 Darn, I missed the anniversary of Jane Elkins’ hanging again. It was May 27, 1853, when they carried out Judge John H Reagan’s orders and hanged her in downtown Dallas, right where the Old Red Courthouse is today. There’s an elementary school named after Reagan. Nothing for Jane. Every year, I try to remember to try to get people to commemorate Jane Elkins day.

Last year, she was a character in a play. She’s mentioned in some of the material at the Old Red Courthouse museum because she is officially the first woman ever executed in Texas. They probably hanged plenty of others, but they didn’t write it down. Most people don’t know about Jane.

At that time, the population of Dallas was around 1,500. Another 500 or so lived nearby on the socialist La Reunion communal lands. In the notes from her trial, available in the Dallas Public Library, they say that Jane was “worth” about $700. Figuring inflation, it would be about the same amount as a cheap used car today. Her price was an important part of her trial, as was the permission of her “owner.”

As Jane was named “Elkins,” and there were some lawyers in Dallas at that time named Elkins, I assume she “belonged” to them. The story, pieced together from the trial notes, is that she was loaned out to a widower named Mr. Wisdom in Farmers Branch, near Dallas. She was supposed to take care of his children.

Mr. Wisdom laid down to sleep and never woke up. Jane split his head with an ax. The trial notes From May 17, 1853, don’t say why and, apparently, nobody asked. Supposedly she answered, “Yes, and I’d do it again!” The trial notes record that she had “nothing to say.” There are several versions of the story, but no motive in any of them.

We are left to figure out her motive for ourselves.

I think Jane should be honored every year as an anti-slavery advocate and Texas’ first feminist. I wrote a little operetta about it:

The narrator announces the title of the play and reads excerpts from the 1986 Dallas Morning News column that explains that Jane Elkins was the first women officially hanged in the state of Texas and ends with the memorable line, “Everybody forgets Jane.”

As the curtain opens, the spotlight picks out Jane. She stands in a heroic pose. If the actress needs a microphone, she can hold it in one hand with the other hand aloft. She is the picture of a strong, independent woman. The actress need not fake an old southern accent, even though she uses the a few words of the vernacular. She sings her pleading introduction:

Oh, I am Jane Elkins
Of Dallas county
On the day of my death
For they are hanging me

Dassn’t anybody want to know?

//The jailer comes on from stage right. He grabs Jane by the hair and around her middle and roughly throws her on the floor before the judge. He pushes her into a servile position. Throughout this short play, he will alternate between pushing her down and lasciviously stroking her face and different parts of the exposed (left) side of her body. Jane will constantly push his hand away, attempt to bite him, or use any method of resistance. This play is about slavery and injustice, it should not be soft-pedaled//

The jailer sings his introduction while holding Jane down and stroking her:

Oh I am the jailer of Dallas County
I do what I want and nobody stops me
Don’t put up resistance, don’t put up a fight
And I’ll treat you fair just as long — as you’re white…

I’m Judge John H Reagan of Dallas County
I’m bringing justice through history
I’m fair to all white men for they are my brothers
I’m famous for fairness, except for the others…

Jane: Make him stop it judge! If you are so high and mighty, can’t you make him take his hands offa me?

Judge: Now you are the Negress Jane Elkins.
//speaking to the jury at first, then round to the audience//

Let the record show that you received a fair trial. You are accused of murder, Jane Elkins, in that you did deliver a death blow to John Wisdom of the Farmers Branch settlement on the night of May First, 1853. How do you plead?

Jane, struggling to resist the jailer: What?

Judge: Did you do it or not?

Judge: Tell us in your own words the last thing that happened?

//the Judge takes a double-bladed ax out and holds it up for the audience to see//And is this here the ax that you used to murder Mr. Wisdom?

//Jane struggles to get up and reaches for the ax, still restrained by the jailer//

Jane (craftily): I’m not sure judge, that might be the ax. Let me see it for a minute…

//The judge, in fright, snatches the ax back away from Jane’s outstretched hand. The jailer reacts in fear and roughly pushes her face to the floor. Both men have lost their staged composure and revealed themselves as the cowardly brutes that they are//

Jane casts off the hands of the jailer and rises. She sings her plea, first toward the jury and then fully to the audience:

//The jailer begins to sing his introductory ditty. As he reaches the second line, the judge begins his introductory ditty, overpowering the first voice. The jailer repeats his song until all the singing of the three is done. As the judge reaches his second line, Jane’s voice rises above them both as she sings and strategically resumes her strong, heroic pose, She might even take the ax as she sings, then hold it aloft heroically when she finishes the song//:

Dassn’t anybody want to know?

//Jailer and Judge stop singing and remain still. The spotlight is on Jane alone//